THE IMPORTANCE OF THE VIDEOGAME INDUSTRY

The video game culture that was seen as a simple entertainment tool discredited for belonging at some point mostly to a child audience today has become the fastest growing element of the tech economy and at the same time has become a benchmark activity in pop culture and in its relationship with other important activities such as education, communications and even gamification applied to social programs.

Today there is no technological trend in the short- and medium-term speculations of the global future thatcannot be related or connected to the world of video games. The introduction of cryptocurrency andintegration of user-driven NFTs; the use of virtual reality and its application to the metaverse; the integration of video games into the transmedia strategies of brandsand entertainment are just some of these trends. For this reason and for its constant growth, supporting the development of video games from its different areas is an important element when seeking to build a complete, complex, and successful ecosystem of creative industries.

The relevance of the video game industry and software development in the state of Jalisco is not new. Guadalajara stands out as a creative capital in Jalisco, in addition to being a hotspot of new ideas, projects, ventures, and stories. With a diverse environment of creative studios and companies, the idea of the Unreal Echo Training Center has the goal to implement a learning and specialization project that will help professionals achieve:

–       The development of international triple A projects

–       The ability to scale existing projects to new levels

–       Improvement by applying new technologies and tools that allow greater impact and quality.

Unreal is a basic tool that will allow the growth and prestige of workers not just in the video game industry in Jalisco but also in the film and animation industry, positioning the state as the most important nationalprovider of skilled professionals and in a short term, number one in the export of this service.

In April 2022 Arden Collective Civil Association decided to start with a massive training, supporting the video game and animation industry.

Currently, we have more than 700 students trained in the most important graphic engine in the world called Unreal Engine, thus achieving the training impact in the shortest time in all of Latin America.

Our IMPACT was reflected in the participation of:

Plus, we offered specialized training at important festivals such as: CCD Conecta, Pixelatl and Sublime Jalisco. 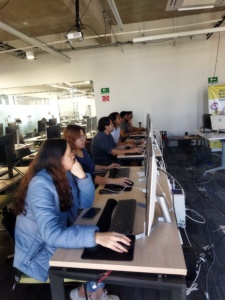 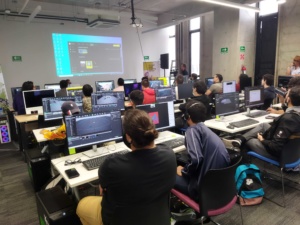 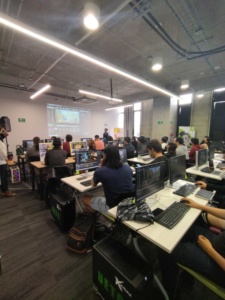 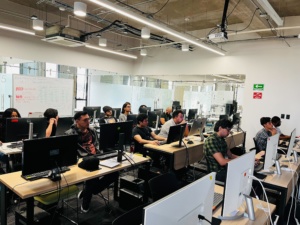 The courses taught at UETC to date are:

At UETC our main goal is to generate local and national industry and specialized videogame skills in Latin America to attract triple A projects that are worth millions of dollars and generate economic benefit.

All this has been possible thanks to the invaluable support of our strategic partners, Amber Studio, Ciudad Creativa Digital, The Agency for the Development of Creative and Digital Industries of the State of Jalisco, Intel and Instituto Amerike.

Together we will continue to promote education and specialization in the creative industry.

This website uses cookies to improve your experience while you navigate through the website. Out of these, the cookies that are categorized as necessary are stored on your browser as they are essential for the working of basic functionalities of the website. We also use third-party cookies that help us analyze and understand how you use this website. These cookies will be stored in your browser only with your consent. You also have the option to opt-out of these cookies. But opting out of some of these cookies may affect your browsing experience.
Necessary Always Enabled
Necessary cookies are absolutely essential for the website to function properly. These cookies ensure basic functionalities and security features of the website, anonymously.
Functional
Functional cookies help to perform certain functionalities like sharing the content of the website on social media platforms, collect feedbacks, and other third-party features.
Performance
Performance cookies are used to understand and analyze the key performance indexes of the website which helps in delivering a better user experience for the visitors.
Analytics
Analytical cookies are used to understand how visitors interact with the website. These cookies help provide information on metrics the number of visitors, bounce rate, traffic source, etc.
Advertisement
Advertisement cookies are used to provide visitors with relevant ads and marketing campaigns. These cookies track visitors across websites and collect information to provide customized ads.
Others
Other uncategorized cookies are those that are being analyzed and have not been classified into a category as yet.
SAVE & ACCEPT
DETALII PLATĂ: